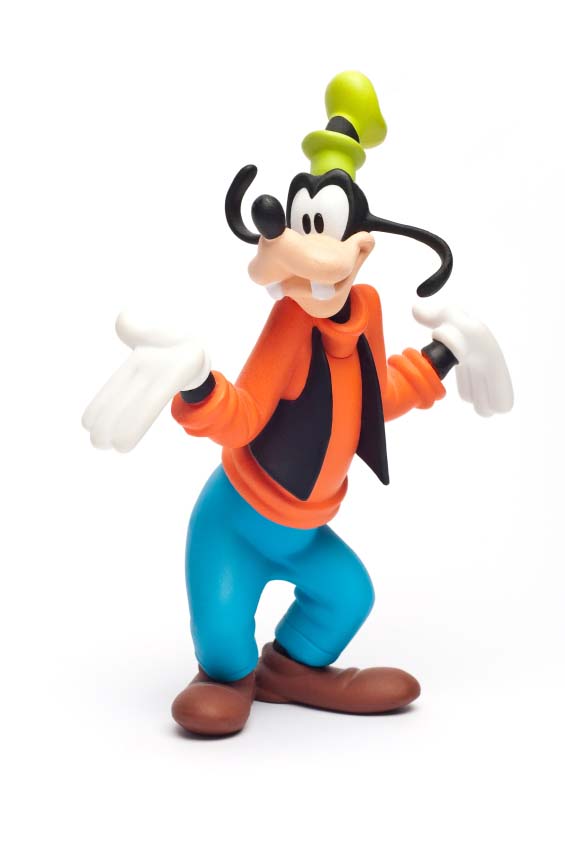 If you're a fan of Disney movies and cartoons, you'll love this Disney dog names page for unique male and female Disney character names for dogs.

Although Disney came out with several movies where dogs played a role, instead of just listing the names of those pups, we've also included other names of characters from Disney films and cartoons that might be suitable as a naming idea.

Also, no list would be complete without listing the names of all of the 101 Dalmatians that appeared in one of their more popular movies. These Disney dog names can be viewed in the rather lengthy list at the bottom of this page.

Bambi: A good girl name for a pup with long legs.

Beauty: A favorite of all male dogs in the neighborhood.

Bo Peep: A character name and name of the Obamas dog.

Bianca: After a female mouse in Disney's The Rescuers.

Cinderella: Or, Cinderfella for male in touch with his feminine side

Fantasia: For some reason I can see this on a poodle.

Flit: The hummingbird from the movie Pocahontas.

Flower: Played skunk in Bambi, everyone ran for exits.

Kiara: A lioness in The Lion King, good name for a pooch that pounces on cats

Lady: Lead in "Lady and the Tramp" had litter soon after filming

Medusa: Mean lady in The Rescuers.

Nakoma: Starred as the indian girl from Pocahontas.

Pocahontas: Starred lead in the movie by same name.

Tinkerbell: A good fit for a small breed that flies around the room.

Banzai: Played the hyena from The Lion King.

Bashful: For the small boy dog that likes to hide.

Beast: For the mean looking boy dog with a heart of gold.

Bernard: Played the mouse from the movie The Rescuers.

Buzz Lightyear: For the pup that dashes everywhere.

Chip: Played the cup character from The Beauty and the Beast.

Christopher Robin: The little boy from Winnie the Pooh.

Cody: Another little boy, but this time from The Rescuers.

Cogsworth: From the Beauty and the Beast, played the clock.

Creeper: A Disney dog name after the strange character from The Black Cauldron.

Dewey: For the male pooch that likes water like Dewey Duck.

Doc: For the small pup that can't get enough of the veterinarian.

Dopey: For puppy that's one taco shy of a combination plate.

Dumbo: For the dog with big ears, like Dumbo the Elephant.

Eeyore: Don't try to pin tails on this dogs tail.

Gaston: A bad guy from Beauty and the Beast.

Goofy: For the boy with long ears...who doesn't love Goofy?

Grumpy: For the small pup has an attitude.

Hamm: Played the part of the pig toy in Disney's Toy Story.

Huey: For the dog that likes to be babied like Baby Huey.

Iago: Starred the part of the parrot in Disney's Aladdin.

Jafar: The bad guy from Aladdin.

Jake: Played the adventurous mouse in The Rescuers.

Jiminy: The cricket from Pinocchio. Guess fumigators weren't in the budget either.

Jock: Scottish terrier from Lady and the Tramp.

Jumbo: Name of the big elephant from Disney's Dumbo.

Kaa: Starred as the snake in Jungle Book.

Louie: For the dog that loves water like Louie the Duck

Lumiere: Played the candelabra in Beauty and the Beast.

Max: The Sheep dog character in The Little Mermaid.

Meeko: The raccoon in Disney's Pocahontas.

Nemo: For the pup that can't keep out of trouble.

Piglet: For the pooch that's a little piggy at dinner time.

Pinocchio: Did you make this mess?...Not me! It was the cat!!

Rex: Name of the dinosaur that played in Disney's Toy Story.

Scuttle: The sea bird from The Little Mermaid, not a pup you'd want to take boating

Sebastian: Played the lobster in The Little Mermaid.

Sleepy: Good name for small pups that need a lot of sleep.

Sneezy: Not for hypoallergenic breeds.

Thumper: Starred as the rabbit in Bambi.

Tramp: For the pup that gets around.

Names Of Alllllll The 101 Dalmations...


102 actually appear in the movie