Cowboy dog names can reflect a breed of canine or simply refer to a lifestyle or desired lifestyle much like that of the cowboy days in the Western frontier of the United States. 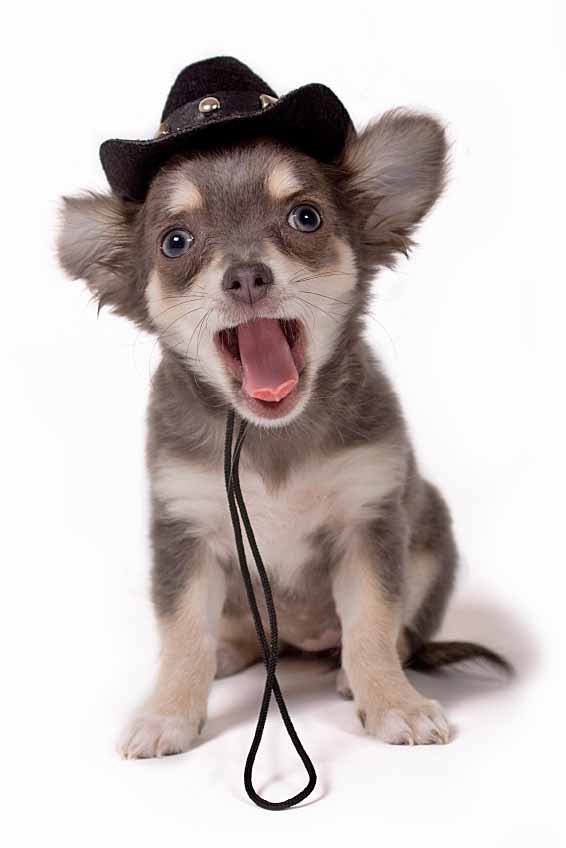 While certain breeds, especially herding dogs, were popular with cowboys as working dogs that helped corral and direct the herds of cattle, horse or other livestock being driven to a destination or rounded up for movement to a greener pasture, the breed of dog which carries such a cowboy title does not have to fit into one of the popular herding breeds. Even a small lap pup can have a cowboy dog name if you wish.

In the days of the Old West, life was much different than today. There was very little technology more sophisticated than the telegraph and firearms. Life was hard and often lived in the great outdoors rather than in communities or towns. In fact, it was not unusual for the cowboy to live many miles from the nearest town, traveling hours simply to pick up supplies not grown on the ranch. The cowboys dog often tagged along on these trips into town.

So if you’re a fan of western movies, or love the history of western times, or just love the open countryside, here a few cowboy dog name suggestions…

Autry: After Gene Autry, the famous movie star cowboy. Never killing anyone in his movies, and always ready with a song.

Bramble: A thick bush with thorns which can trap an animal allowing a hunting dog to capture the prey.

Buckaroo: An endearing cowboy term for your canine sidekick

Cheyenne: A city in Wyoming as well as a Native American tribe, this title brings to mind the vast outdoors and mountains traveled by cowpokes and their companion canines.

Dusty: This term refers to the outdoor environment in which cowboys lived and worked during dry months of each year. A good choice for a pooch that loves the outdoors so much, that you’d swear that he’s carrying half of it around with him.

Rocky: The title of the mountain range in Colorado which holds the Continental Divide determining which direction water will flow. A rugged name, and just like the boxer Rocky, this dogs not afraid of anyone.

Moonshine: A major source of alcoholic beverages, this homemade liquor was quite strong and fermented from corn or sugar cane. Known as having “a bite” it brings to mind the bite of a large, fearless puppy.

Ranger: This term referred to a type of law enforcement, as in the Texas Rangers and would make a great name for a male.

Sage: Fields of this plant can be seen growing through the Western plain for miles on end. Choose this for a girl or boy of tan or blondish coat.

Tumbleweed: Tumbleweeds are plants which the wind blows across the countryside and can travel for many miles as depicted in the old song “tumbling along like the tumbling tumbleweed”.

Rustle Up More Cute Ideas For...